It's a Penn State Life 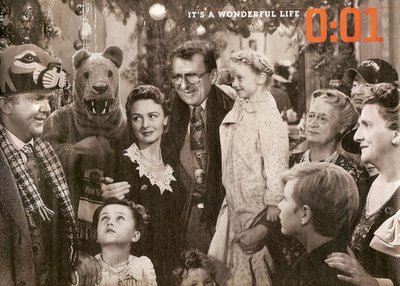 Posted by PSUgirl at Tuesday, December 20, 2005 No comments: 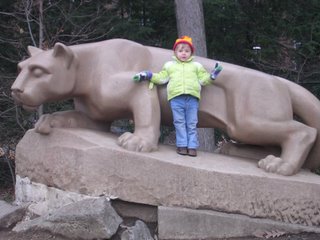 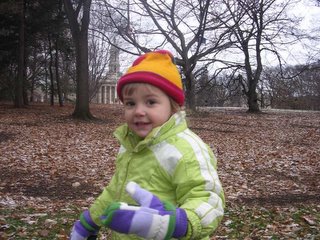 I traveled to State College earlier this month (December) to speak at a seminar along with my boss, Kelly. Kelly's husband, 2 daughters, and Suzanne (of course) spent the day of the seminar touring town and campus. They got some great photos but these 2 of Katie were just too sweet not to share...
Posted by PSUgirl at Monday, December 19, 2005 No comments:

Merry Christmas from 2theLion and Katie!!!!!

Per the Tailgating Coordinator...

While we wait to cheer our boys on at the Orange Bowl, I would like to pass on some tailgating info for 2006 football season. While I would have liked to poll everyone like last year, the planners and I had a unanimous vote. The following tailgates were selected based on time of year, quality of opponent and special event weekends:

I'm passing this along now so that you can be prepared to make hotel reservations. Hotel reservations for the regular season need to be made and PAID FOR IN FULL by the end of January (~$350/weekend/room). I would like to coordinate the effort, but cannot afford to front the cash for more than 1 room for the season. Please let me know if you'd be interested in helping out. I will be sending out a reminder in January.

As always, Madeline and Suzanne will be there for most homegames, if you happen to be in town for other weekends. Full 2006 schedule

Below are some interesting videos that I thought you'd get a kick out of.

JoePa and his thoughts about Ohio Staters:
http://www.brianchalfin.com/pennstate/joepa.html

Description: At the PSU vs Purdue Game on Oct 29th 2005 the Nittany Lion on the field did the Michael Jackson Thriller dance with the help of two Blue Band members: Justin Kulikowski and Erik Dennis.
Posted by PSUgirl at Friday, December 16, 2005 No comments: 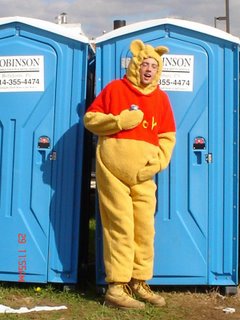 Another one of my favorite photos from this season's tailgating - Pooh in front of the PortaPotty - Thanks to Shelley and Mike for the photo from the Purdue Homecoming tailgate!!!
Posted by PSUgirl at Thursday, December 08, 2005 No comments:

Vote for Williams' catch for Pontiac play of the year